A funny report has it that Afropop singer, Solidstar is in a love relationship with Nollywood actress and singer, Tonto Dikeh…

The couple have been dating for about 2 months now. An excerpt from the report goes thus:

“Solidstar has always had a crush on Tonto Dikeh but he didn’t know about her also loving his songs, her favourite – Omotena. They hit it off as friends, they hangout at each other’s crib and when Tonto broke things with her ex, things got speed up and he asked her out, they’ve been dating for almost 2months now. Solidstar loves her so much that he even goes visiting when she is at a movie location shooting.

They are so fond of each other and you might not know this but Tonto Dikeh is a very loving, jovial and playful person; thats the part of her i have seen when she is with Solidstar.”

They also recorded a song together which will be released later in the month. Solidstar recently posted their picture on his instagram page – Calls her “@tontolet cutie of life” and @tontolet replies – “Awwwwww cutie cutie”. 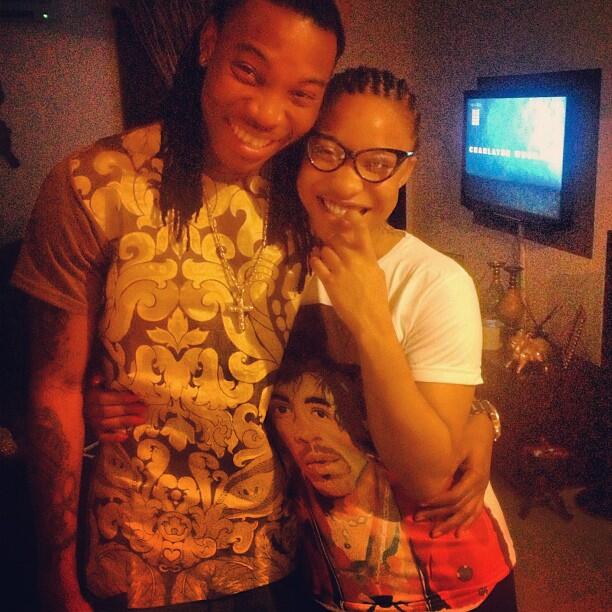