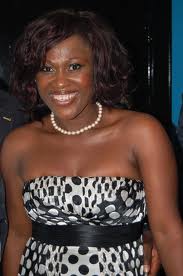 Once in the media for an alleged abortion (a scandal which culminated in her suing the news outlet and the journalist carrying the rumors), Nollywood A-lister Uche Jombo is no stranger to negative portrayals in the media. Her reported failed relationship with Super Eagles footballer, Kalu Uche, went viral and her eventual marriage to America-based Puerto Rican lover, Kenny Rodriguez, was also marred by controversies when it was secretly held in the USA. The late release of the wedding pictures stirred further controversy in the media until she released them more than one month after the union was solemnized.

Speaking with Nigeriafilms.com on the stories that forced tears out of her eyes, the Abiriba, Abia State-born movie star said she was particularly moved by the abortion story.

“I have had worse (the abortion story),” Uche Jombo said forcefully. “That one was just big because it was the one I took to court,” she continued, adding that, “because I don’t understand why anybody would sit down and fabricate something that would hurt another human being without any shrewd.”

“Even if you don’t have a sister, you might marry tomorrow and have a girl child. Anytime anybody writes, I always say, drop your pen and just imagine you being that person. If what you’ve written is the truth, you are justified. If it is not the truth, the person needs not go anywhere to swear for you, law of karma would just take care of you,” the actress-cum-producer fumed.