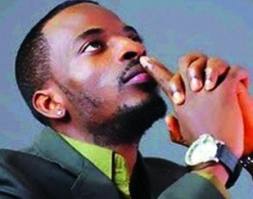 Some PHCN officials visited his home and disconnected his light cables and after the officials left,a miracle happened and the cables were noticed to be ‘reconnected’.

The Phcn officials paid another visit to 9ice’s home about two weeks later to probably get settled but were shocked to discover light that they didnt authorize. The officials stood outside threatening to disconnect the cables again when 9ice supposedly came out and counter threatened the phcn officials daring them to disconnect his cables.

9ice also rained abuses on them in his native dialect and the officials had to quickly leave when area boys in the area begin to gather around in support of 9ice.
Before they left,one of d phcn staff who is a fan of the crooner was so angry at the way 9ice behaved that he went to the car they arrived in,brought out two of 9ice’s Cd’s and broke them in front of the crooners house.

No statement has been made by 9ice, or his spokesperson, however, we want to believe things are not that bad…or are they?