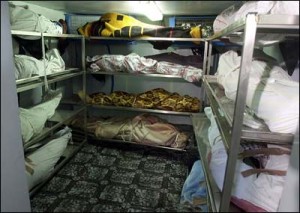 Abandoned corpses littering hospital morgues in Ogun state will soon be committed to the earth in a mass burial, the State government has said.

Commissioner for Health, Dr. Olaokun Soyinka, made this known during the commencement of ministerial press briefing to mark the second year anniversary of the Governor Ibikunle Amosun-led administration in the state.

Soyinka, who did not give the exact figure of such abandoned corpses in hospital morgues across the state, stressed that the need for mass burial had been long overdue because the corpses now constituted health hazards, aside the cost of preserving them.

He however maintained that the state would not embark on such an action without first completing the required legal procedures in order to avoid litigation from relatives of such abandoned corpses.

“Before you go to bury it, there are certain things you must go through legally. Otherwise, that is how people get knocked off and they will go to hide the evidence. There are a lot of legal procedures to go through though, they are really a health hazard,” he said.

The government also said it had closed down about 66 illegal clinics and sealed off 65 illegal pharmaceutical premises across the state in its war against quackery. 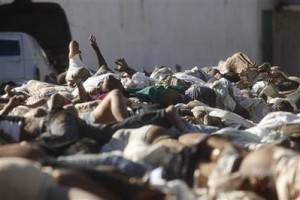