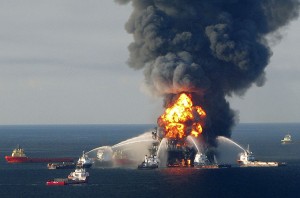 Texas has joined the crowd of Gulf of Mexico states to file suit against BP Plc, Halliburton Co and others for their role in one of the worst oil spills in US history.

The complaint, filed on Friday in US District Court in Beaumont, Texas, alleges that the companies and others “engaged in wilful and wanton misconduct” for their role in the 2010 Deepwater Horizon oil spill.

The state has accused the firms – as well as Transocean, Anadarko and BP America in its suit – of violating Texas’ environmental regulations. Texas is seeking money from “lost” tourism revenues due to the spill, as well as monies that would have been generated from state park entrance and concession fees by visitors to the coastal communities.

In addition, the state is seeking civil penalties for each day the oil spilled into the Gulf, and each barrel spilled into the water, as compensation for natural resources that were “injured, destroyed or lost.”

An estimated 4.9 million barrels were spilled, but BP has argued that 800,000 barrels that were recovered should be excluded from calculations for the purposes of any legal settlement.

Texas joins four other states that have sued BP and other companies in connection to the spill: Florida and Mississippi filed complaints last month, while Alabama and Louisiana did in 2010.

In April of 2010, a surge of methane gas known to rig hands as a “kick” sparked an explosion aboard the Deepwater Horizon rig that killed 11 people. The vessel sank two days later.

London-based BP was the majority owner and operator of the Macondo well and Swiss-based Transocean Ltd owned the rig, which was drilling the 1.6 km-deep well in the Gulf of Mexico off Louisiana’s coast.

BP also is fighting a court battle in New Orleans over fines and other potential spill liabilities, but it struck a deal last year with a wide range of compensation claimants, including businesses.

The total amount was not set, and BP has set aside over $8bn to make the payments, but it now sees those business economic loss (BEL) payments escalating, and is challenging the way they are being calculated – calling some of the claims “fictitious” and “absurd.”

It has already lost one appeal to have the payments stopped and now plans to go to a higher court.