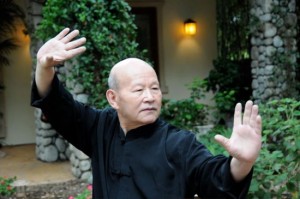 Zhou Ting-Jue is an internationally renown Qigong, Tai Chi and Kung Fu grand master who has shocked the world with his abilities to generate extreme heat from his hands and stand on thin sheets of paper without falling through.

Master Zhou, also known as “The Jewel of China”, has been featured on a number of television programs such as Ripley’s Believe It or Not, That’s Incredible or Stan Lee’s Superhumans, and his amazing abilities have been studied and verified by various scientists for decades. For some time now, researchers have been presenting information about the benefits of practicing Qigong, but what Master Zhou is able to accomplish by channeling his inner Chi defies science and Western medicine.

Not only is he able to generate heat close to boiling point through the palms of his hands, but this traditional healer says his Qigong treatments have the power to “dissolve tumors, heal severe, chronic injuries, as well as successfully treat “incurable” diseases.” People from all over the world seek his aid for a variety of conditions, and in the past he has used his powers to treat the Dalai Lama, members of the LA Lakers basketball team, Olympic athletes, celebrities and dignitaries. In China, he is so respected that he has been named a “Treasure of the Nation”.