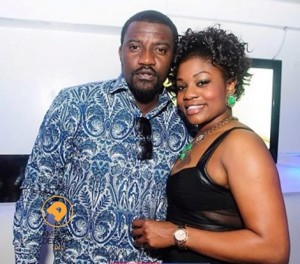 Out of nowhere, A woman named Harrina Alexandria Dembele claimed a few weeks back that she’s the legal wife of Ghanaian actor, John Dumelo.

Harrina is a US based model, actress and nurse (hmmm, see collabo) and actually released a marriage certificate as evidence of the secret marriage. Harrina said they got married March 11th 2013 in Virginia, USA.

However, actor John Dumelo has denied the reports, describing it as ridiculous. He said:

Watch the video interview below: