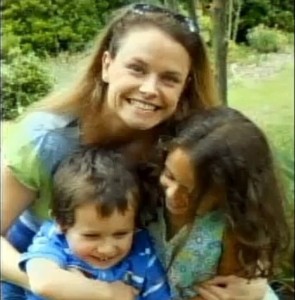 A woman who authorities say killed her two young children and seriously injured her husband crashed her pickup into a tree so hard the roots came out of the ground. Pickens County deputies released tapes of three 911 calls Thursday. In one, 35-year-oldSuzanna Simpson moans as a neighbor tells the operator Simpson was briefly knocked unconscious in the wreck.

The same man calls 911 again and asks for police because Simpson’s family did not come to the door and things did not seem right. In the third call, the man’s daughter tells an operator the tree hit by the truck was partially pulled from the ground. Investigators say Simpson killed her 7-year-old daughter and 5-year-old son and shot her husband in the head Tuesday before trying to drive away.