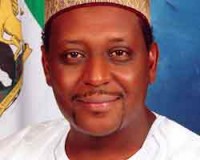 Also, the Minister of State for Health, Muhammad Ali Pate, was singled out for special recognition at a high level side event for ministers and senior participants to advance goals and objectives of the Global Strategy for Women and Children’s Health to end preventable maternal and child deaths.

The minister was particularly commended for the success of the “Save One Million Lives Initiative” launched last year by President Goodluck Jonathan for saving 218,000 lives, putting one million women on antenatal care, reaching 46 million under-five children with Vitamin A supplementation, and achieving 78 per cent Routine Immunisation (RI) coverage within one year.

Describing Pate as a “super hero” because of the success of the “Save One Million Lives Initiative”, the Assistant Administrator for Global Health, United States Agency for International Development (USAID), Dr. Ariel Pablos-Mendez said the initiative was one of the efforts under the global initiatives with a focus on linkages with the United Nations Commission on Life-Saving Commodities for Women and Children, which President Goodluck Jonathan co-chairs with the Norwagean Prime Minister.

In his presentation on “Save One Million Lives” initiative, Pate listed lack of commodity and health workers as the two major causes of maternal and child deaths in Nigeria, which caused his ministry to adopt a new approach which focuses on delivery.

“The Save One Million Lives focused on the delivery side rather than the input,” he said.

“We have made progress with routine immunisation, which has risen to 78 per cent. We are planning to use mobile health to empower health workers. We can confidently say we saved 218,000 lives in 2012, put one million women on antenatal care and 46 million children on Vitamin A and vaccines.”