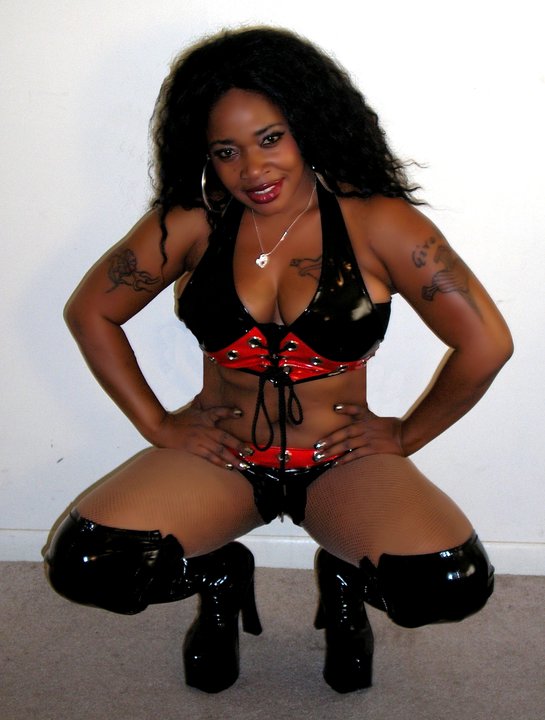 Not exactly sure why she is in the news – and quite traumatized by all that pornography talk, we have kept a safe distance from this story, but then everybody seems to be talking about Judith Mazagwu, the sensation called Afrocandy. She recently made news and got blogs running into overdrive after she released a very racy trailer for her movie, Destructive Instinct 3 & 4.

So, we have dug deep and spent painful hours trying to figure out Nigeria’s latest tabloid sensation. Thank us later.

In introducing her a few weeks ago, the famous blogger, Linda Ikeji said: “Normally I would say soft porn…but there’s nothing soft about this one. Lol. Afrocandy and her team went in! I watched the movie trailer with my mouth open. Who the heck is this woman? The ashewo movie contains a lot of sex scenes, bare asses and boobies. This is by far the worst I’ve seen. Produced by Afrocandy and starring Afrocandy.”

Afrocandy describes herself as a Nigerian actress/artist/song & script writer, producer and singer (incorporated, international, unlimited, consortium). Her ex-husband describes her as a cheat, liar and bad mother to her two teenage daughters, fans describe her as sexy and brave,  Naija runz girl presenter, Lolita says her work is an artistic masterpiece and she is a master of charisma.

According to her MySpace page, modelling agent, King George Models discovered her and suggested that she goes into acting.

As Judith Mazagwu before the birth of Afrocandy, she started out with commercials like Coca Cola, Nixoderm, Liberia G.S.M, among others and acted as extras in the movies.

She landed a big role in the movie “Dangerous Sisters” as Susan where she worked along Dakore Egbuson, Genevieve Nnaji, Tony Umez, Alex Usifo and Tina Amuziam.

Afroncandy’s marriage to Elumelu Mazagwu ended in 2007, 2 years after she joined him in the United States. Something might have snapped after that and the character Afrocandy took over.

Mazagwu speaking to the Daily Sun made allegations that his wife had multiply partners, he said:

“In the apartment I rented for her, she had affairs with the landlord because she lied about her marital status. She didn’t tell the man she was married. It was only when trouble broke out that the landlord knew her real status. Also, a guy across the street, named Goddy from Abia State, laid accusations on her. She couldn’t deny this. I know Goddy; whenever I came to town, she would tell me that Goddy was a chief from Abia State and I took them that way, not knowing they were dating.”

In 2009, she dropped the name Judith Mazagwu and started booking shows as Afrocandy releasing her single “Somebody help me/ Ikebe na money “.

In the song she said she wanted a very special man, “Where all the pipo wey be say they get moni, where una dey, somebody help me.”

In an interview with the Daily Sun published on September 3, 2010, she said she tried to save her marriage but he wouldn’t take her back:

“There has been lots of rumours going on about my marriage and it is only a few people who know the truth. The fact is, I did not leave my husband; my husband rather left, due to some gossip he heard about something that happened back in Nigeria before I joined him in the US.

I begged him and he came back. When he left the second time that pushed me to give him a restraining order. I really would not like to go into details because I see that as past and I will like the past to remain where it belongs because I have moved on; talking about it takes me backward.”

Afrocandy struggled to break into the entertainment industry after she found herself single with two kids. She used to hang around Hollywood sets during the shooting of major films and got a few small roles along the line.

She came back to the country to find work but that wasn’t easy either. NaijaFilms’ Murphy Fadairo said Afrocandy approached elegant stallion Onyeka Onwenu in 2010 at an artistes unite for the president concert. She asked Onwenu if she could perform a song she did for Mr. President but she got the shock of her life when Onyeka rubbished her by saying “what rubbish song, come on get out of my sight”; I am not in charge here. The visibly embarrassed Afrocandy composed herself and after some time she found out that it was because Onyeka Onwenu also did a song for Mr. President that was why she had to react that way; and she was still finding how to get to the president for her own cut of the national cake, Fadairo reports.

In 2011, her estranged husband granted an interview claiming a DNA test revealed that their second child was not his, an allegation Afro Candy replied immediately to as being angry comments from a man who has just been jilted.

However, Afrocandy showed she had moved on when she went on to release “Voodoo-Juju Woman” that year.

That same year, Chief Kamoru Okiki Aremu, Ibadan millionaire and president of the Agbekoya Movement Worldwide was said to have been madly in love with her and proposed. He provided her with unlimited access to cash, bought a bungalow and a Hummer 3 jeep for AfroCandy.

She even went on to advertise a casting for ladies who didn’t mind being nude in front of the camera and wanted a career in the “acting” industry. She reportedly received a lot of hate mails and death threats.

Earlier this month, one of the male actors in Afrocandy’s movie ‘Destructive Instinct’, threatened to sue her after the trailer was released online. Even though he had acted in it, he was shocked at the obscene nature and wanted out after the film was put together.

But Ogbodo said there was no chance in hell. In a statement, Ogbodo reacted fiercely:

If I ever decide to strip in a movie,  trust me, it’d be worth it like Halle Berry did in Monster’s Ball and  Swordfish. Right now I am in talks with a reputable artiste management  outfit to represent me and re-invent myself.

So what would Afrocandy do next?