Popular Yoruba-born Nollywood actor, Gbenga Animashaun has given reasons why he decided to marry from Igbo land instead of his Yoruba tribe. 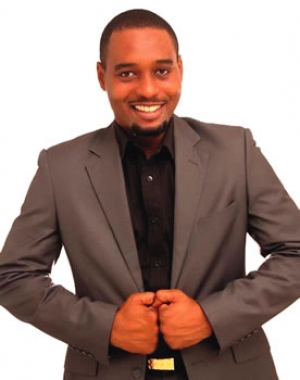 Speaking shortly after tying  the knot with his heartthrob, Chinelo Aningwu at St. Leo’s Catholic Church, Ikeja, Lagos, last Saturday, Gbenga disclosed that his decision to marry an Igbo woman was borne out of true love.
“My decision to tie the nuptial knots with an Igbo woman is a true definition of what love is all about. Once you are in love, you become blind to where he or she comes from.”
The elated Osun State-born actor-cum-model narrated how he met his wife: “We met about a year ago at the gym and we started as friends. Within the periods of our friendship, I discovered that she has the qualities I desire in a woman. Apart from her striking beauty, she is kindhearted and very positive inthinking.”
Describing her hubby as the most wonderful man she has ever come across, Chinelo said their love is so deep that ethnicity could not have been a barrier. “We love ourselves so much that nothing could have stopped us from exchanging marital vows. He is loving, caring, and very understanding-what else could a lady ask for? She rhetorically asked.
Gbenga Animashaun debuted in the TV drama series, Tinsel, in 2009 and his career has soared ever since. He was nominated as Most Promising act in the 2010 edition of Best of Nollywood Awards.
Source: Vanguard