Why I Sold My Kidney – Unemployed Graduate

Since the decline in Internet related frauds, especially the infamous ‘Yahoo Yahoo’, unemployed, frustrated and ‘ambitious’ Nigerian youths, especially those with the get-rich-quick mindset have moved on to a more deadly but lucrative money spinning venture-sale of kidneys. 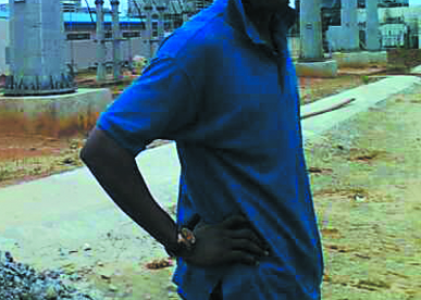 With the worsening economic and resultant unemployment situation in the country, the business, though old, has remained a growing fad.

On Thursday, April 18, 2013, Kingsley Odoh, a Chemical Engineering graduate of Institute of Management and Technology (IMT), Enugu, flew into Nigeria, from Malaysia. Immediately after his ‘glorious’ arrival in Akanu Ibiam International Airport, Enugu, the atmosphere seemed transformed. Apart from his appearances oozing riches, his bravado also signaled that ‘levels have changed,’ as he treated longtime friends to sumptuous meals and expensive wines in one of Enugu costliest hotels, Protea Hotel.

As if that shindig was not enough, for many weeks, probably till today, Odoh’s residence located at Independence Layout, Enugu, has suddenly turned to a haven of merriments, as friends, both old and new regularly visit to wine and dine with him.

Apart from relocating from his one room apartment to a four bed room flat, Odoh also grooves around the Coal City in his newly acquired Sports Utility Vehicle, and expectedly, in company of his choice girls who are mostly students of IMT and ESUT.
While few of his pious acquaintances have questioned his instantaneous grass to grace status, describing him as internet scammer, a handful of others knew how he made his money-not from internet fraud, but sale of his own kidney!
“If you are interested I will connect you to the agents. The truth is that there is nothing wrong in what I did. If people can donate their kidneys to save lives, why can’t another person sell his to also save a life and at the same time make money to help alleviate his poor condition. That was what I did and I have no regret for the act,” he revealed to Sunday Express.
Odoh further threw the bombshell: “As I’m speaking with you, there are lots of Nigerians on the queue in Malaysia who have made all the arrangements to sell their kidneys.

Some of them desperately need money to establish something that would turn their lives around. I wouldn’t tell you that some are not donating for free. But the truth is that, even those who have chosen to donate for free are still being financially compensated. So what is the difference? He rhetorically asked.

On why he chose to trade one of his kidneys for money, the Abia State-born graduate avowed thus: “What I did is what anybody could easily do. I just needed the money so I went for it. Besides, I don’t see anything wrong in it, especially when it’s obvious that all what one needs to live a normal life is one kidney. If you are interested, I will link you up,” he disclosed.

While Odoh, according to insiders, have already squandered part of the eight million naira (N8m) he was allegedly paid in exchange for his kidney, he is currently considering setting up a boutique in the heart of the city. “He has already paid for a shop along Ogui road. From his comments, I believe it is going to be a boutique or super market.

He just needs something that would keep him out of the reach of poverty, which is the major reason he took the risk,” one of his close friends further revealed in a telephone chat.“Employment and frustration drove Odoh into this deadly venture. He’s been looking for a job several years after we left school,” hinted another of his mates on campus.

No doubt, the kidney-for-money business has become a booming market for the Nigerian youths, as one kidney goes for about seven to eight million naira. This mouth watering price is the attraction for those who travel to these countries- India, Bangladesh, Iran, China, etc- ultimately to deal in the illicit and very risky business.

Sunday Express investigations further uncovered that there is a sophisticated online network of vendors, agents, resellers and hunters, who actively seek young Nigerians ready to trade their kidneys, and other vital organs. One among such is www. kidneykidney.com.

“Crisis? Crisis is running over the planet, but you’ve got a chance! The cost of a human kidney is $70, 000-$80,000 and it could be enough to pay all your debts, credits and much more. You can help yourself right now: just sell your kidney. Hurry up!” That is one of the adverts on the website. “Link your friends and get 20% of friend’s kidney price. Only until July 1,” another one reads.

Apart from the online middlemen, there are so many other agents with offices situated in some cities in Nigeria, especially in Enugu, Asaba, Benin, and Lagos. They arrange and fly out candidates to these countries, mostly, India and Malaysia.
However, while some people successfully get themselves operated upon and get paid, others are not so fortunate as they die either before the surgery is completed or shortly after.  Some, according to reports, end up suffering renal deficiencies in the long run.

Speaking on the health implication of the widely condemned act, a Neurologist, Ayodele kehinde, stated thus: “While it is very much possible for such individuals to live a normal and active life, such lifestyle is sometimes demanding in many aspects. Poor dietary and lifestyle habits can overwork a single kidney, causing diminished kidney function, leading to failure. So to live with a single kidney, one needs resources. Personally, I don’t really support such trade in organs. These organs are priceless possessions given to you by God, for free. So, why sell? It is better donated for free.”

Proffering a solution to this menace, a concerned Nigerian, Jimoh Obi, advises thus:  “The Federal Government should ensure that Nigerian youths travelling to Malaysia, India and China are rigorously vetted to determine their mission in these Asian countries. There have been claims that some travel agencies woo youths into the kidney trade under the guise of schooling abroad. Every claim of admission into a Malaysian school should be properly verified; government should also double-check to see if the youths register at the schools or whether it is a ploy to jet out of the country to exchange their kidneys for 10 million Naira. They should also provide employment to our teeming youths are becoming more frustrated and desperate due to untold economic hardship.”

Obi continues: “I would also like to suggest a more drastic measure to check every Nigerian youth at the point of departure and return from the mentioned Asian countries to determine if someone with two kidneys is now ‘miraculously’ left with one kidney.
Government should take a step further. If upon discovering that any youth had sold his kidney, the travel agency that facilitated his travelling should be black-listed and those managing it jailed. The National Assembly should also come up with a legislation that makes it a crime to lure youths into the kidney business.”

According to reports, given the high incidences of chronic kidney diseases in some Asian countries, the trade is certainly a money-spinner. In Malaysia alone, it is said that there are about 2,500 cases of kidney failure yearly while in China about 1.5 million people are reportedly in dire need of organ transplants, thus fueling an illegal trade in organs.

Meanwhile, as you read this shocking confession from Kingsley Odoh, there are possibly more than 1000 other Nigerians currently making preparations to barter their kidneys for money. Ironically, the tales of those who have treaded the path and failed does not in any way deter prospective “kidney sellers” from embarking on the deadly voyage, all because of poverty caused by the frustration of unemployment among youths.