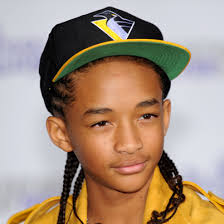 Jaden Smith doesn’t even have his driver’s license but he is ready to buy his own home and get emancipated from his famous parents.

In a new interview with The Sun, Will Smith reveals that his 14-year-old son and After Earth costar recently told him that he wants legal freedom and independence from him and Jada Pinkett so he can buy his own house and live alone – and RadarOnline.com has the details.

Will explains that Jaden, who will be celebrating his 15th birthday in July and is close pals with 19-year-old Justin Bieber, asked for a very unique gift.

“He says, ‘Dad, I want to be emancipated.’ I know if we do this, he can be an emancipated minor, because he really wants to have his own place, like ‘Ooh,’” Will explained.

“That’s the backlash. On the other side, if kids just want to have command of their lives, I understand.”

Will, who has two other children, Willow, 12, and Trey, 19, reveals he has a laid back approach to parenting and doesn’t believe in reprimanding his kids.

“We generally don’t believe in punishment,” he says. “From the time Jaden was five or six, we would sit him down, and all he has to do is be able to explain why what he did was the right thing for his life. I think it’s a much more difficult question to ask someone —’Why was that right?’ — than to try to show them why it was wrong.

“Nobody wants to be wrong, all parts of yourself fight like crazy to not be wrong. So I’ll say to Jaden, ‘Why was that the right thing to do for your life?’ and if he can explain why kicking his sister in the chest was the right thing to do, we can see to it that he understands that it wasn’t so smart.”