Woman Aborts Foetus, Tries To Flush It Down The Toilet in UAE 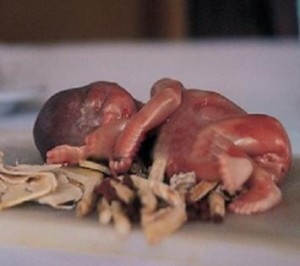 Police are investigating the discoveries of a male foetus in a toilet in Umm Al Quwain, one of the seven sovereign emirates in the United Arab Emirates.

According to Umm Al Quwain police, they are questioning an Asian woman after a seven-month-old foetus was found in the toilet of her residence in the free zone area.

Their investigations revealed that the woman aborted the foetus and discarded it in the toilet to flush it away.

Colonel Mohammad Al Beiraq, Umm Al Quwain police operations director, said a hospital had alerted the police about a woman who came in Monday with severe bleeding. A doctor said checks indicated the bleeding was caused by an abortion.

Police searched the woman’s residence and found blood-stained clothes and the foetus’ head not well flushed, sticking out in the toilet.

Civil Defence was called in to retrieve the foetus – a manoeuvre that lasted two hours. The Attorney General then started legal formalities related to the case.

Colonel Al Beiraq said the woman was unable to completely flush the foetus as she rushed to the hospital midway in the process owning to the pain and bleeding from the abortion. A friend of the woman rushed her to the hospital, he added.