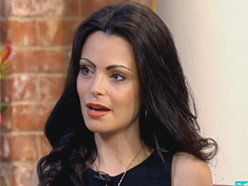 A London woman has made headlines after going public with her decision to quit her job because she’s too attractive.

Laura Fernee told the Daily Mailher most recent job was in medical research, which she started in 2011. Fernee has a PhD in science and started in the workforce in 2008.

“The truth is my good looks have caused massive problems for me when it comes to employment, so I’ve made the decision that employment just isn’t for me at the moment,” the 33-year-old told the paper.

Fernee says despite her qualifications, she was “constantly” being asked out or being given gifts by colleagues.

“Even when I was in a laboratory in scrubs with no makeup they still came on to me because of my natural attractiveness.”

Because she’s not working, Fernee’s parents are covering her expenses including rent, gym membership and more than $2,300 a month in designer clothes.

Share
Facebook
Twitter
WhatsApp
Previous articleMurray Pulls Out of the French Open Due To a Recurring Back Injury.
Next articleNew Jersey Sinkhole Swallows Man, Forklift
- Advertisement -