Governor Liyel Imoke of Cross River State and the leadership of the Nigerian Labour Congress (NLC) and Trade Union Congress of Nigeria (TUC) on Sunday worshipped at the Presbyterian Church of Nigeria Itigidi Parish as part of activities marking the 2013 Workers Day.

The State Chairman of Nigeria Labour Congress (NLC), Comrade Ojong O. Nyambi, while addressing the congregation, described Imoke as a labour friendly Governor who has contributed immensely to labour/Government cordial relationship which is existing in the state.

Nyambi explained that the service was taken to Itigidi, the home town of Imoke, outside Calabar, to display 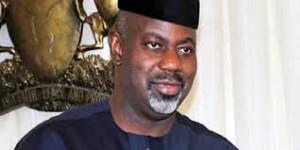 Imoke solidarity as  well  as show the people that their son is alive and well.

The NLC Chairman averred that God has done so much for him as Governor of the State as evident in all achievements he has recorded in the State.

He observed the peaceful atmosphere in the State enjoyed by the people following Governor Imoke’s leadership style.

The Minister in Charge of The Presbyterian Church of Nigeria Itigidi Parish, Rev. Osim O. Osim, in a sermon titled “Provoking the Visitation of God”, commended the leadership of NLC and TUC for coming to thank God for many reasons.

Osim reasoned that by thanking God always, He will plant a new brand of labour in the state that could match its equal anywhere in the world. While enjoining the congregation to be faithful to God for His faithfulness is forever.

The Minister offered a special prayer for the Governor, and people of the State.

Dignitaries at the service included the Head of Service, Mrs. Mary-Theresa Ikwen, Special Adviser Labour Matters, Mr. Sam Oju, and some members of the State House of Assembly.