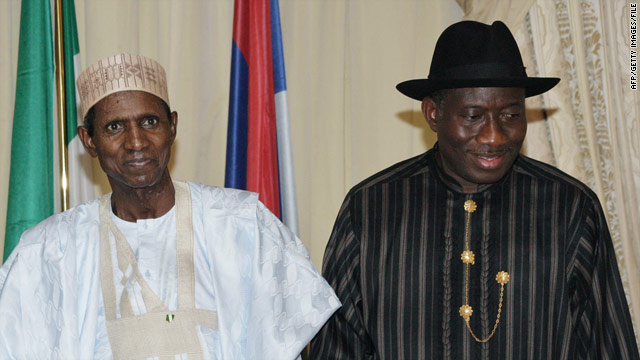 The many unfulfilled promises made by the late President Umaru Musa Yar’Adua to the Niger Delta people to secure amnesty from the region’s militants is at the root of the brewing tension in the region as well as heightened calls for President Goodluck Jonathan to stay in office beyond 2015.

Presidential Adviser on Niger Delta, who also doubles as Chairman of the Amnesty committee, Hon Kingsley Kuku, who made the revelation in Abuja on Tuesday, also said that then Vice President Goodluck Jonathan, who is the incumbent President was mostly kept out of major meetings that led to the procurement of the Amnesty.

Kuku cited government’s failure to fulfill the promises years after Yar’Adua’s  death as reason for fresh tensions in the region.

Kuku said he decided to speak out a bit and expose some of the happenings during the Yar’Adua era as, according to him, “the time was becoming so extraordinary.”

The presidential aide maintained that the Niger Delta people have not seen the implementation of the total package and noted that 99 percent of the entire package was yet to be implemented, apart from the programme of disarmament, demobilization and reintegration.

He said, “The new towns project that were agreed upon between the leaders of the agitation and Yar’Adua-led government at a time which did not bring in the then VP, the current president, has not commenced; we have not seen new towns, we have not seen, as Niger Delta people, those new towns.”

Included in the entire package yet unfulfilled is the regeneration of theNiger Delta’s environment, offering of opportunities to ex-militant leaders into the oil and gas industry as well as offering of economic lifeline to them.

Others, according to Kuku are the construction of a coastal line from Lagos to Calabar, establishment of three higher institutions in the region by the Federal Government and completion of the East West Road as well as provision of houses, cars and other incentives to the ex militant leaders.

Kuku said allowing Jonathan to get re-elected will allow for the completion of the projects.

He said, “Immediate effort by the Federal Government and as part of the agreement to compel government’s commitment and good faith in the agreement was that houses were going to be provided for them (militant leaders), mobility was going to be provided for them, most especially economic lifeline so they don’t return to the creeks and continue their agitation for an excuse of government’s breach of commitment.”