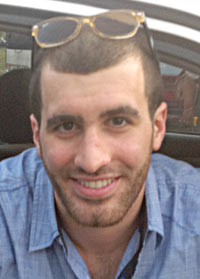 Award winning Yoruba actor, Saidi Balogun may  be revealing the story of his life in a new movie, ‘You or I’ which is due to be released soon.

The movie tells the story of love, marriage and the catastrophic effects of divorce. The story is woven in very powerful narratives and playing lead is American actor Kevin Barry who is predicted to hold viewers spellbound as he delivers his lines throughout the movie entirely in Yoruba language.

Kevin was not born in Nigeria, neither did he spend his growing-up years in the country. He told HVP  that he spent only a year in Ibadan and that was it. “I also watched tones of Yoruba movies” he added.

According to him, Saidi and I met at an event  in America, and that’s where we established a relationship. It took a couple of months and then he asked if I would do this movie with him. I looked at the scripts very carefully and assured myself that it’s going to be a very good movie.’

Kevin did not understand the fascination from people that he speaks Yoruba fluently.

You or I; a movie written and directed by Saidi Balogun tells a story similar to the life of Saidi himself; love, marriage and a very tragic end… divorce.

Kevin Barry plays Kayode in this movie and Saidi informed that the film asks a most vital question, who is responsible for a break down in marriage.“What makes marriage?” He asks “Is it gender? Is it age? Is it good looks? Personality? What makes a marriage and what breaks a marriage? What can keep your house?”

According to him, “It’s the lesson in this movie; we have a lot of broken homes and I am a living example. What can keep our home? We should watch it and learn from it”

Saidi Balogun and ex-wife Fatia Balogun who is also a Yoruba actress had a highly publicized divorce escalated to a certain degree by the media. Though the marriage produced children both have since moved on with their lives.