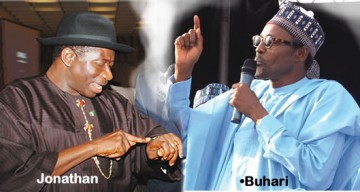 The Congress for Progressive Change, CPC, yesterday reiterated the position of its national leader – former Head of State, Gen. Muhammadu Buhari by calling on President Goodluck Jonathan to resign following an assessment of his two year performance which it said “reveals an overall dismal failure”

The assessment is coming three days to the May 29th date when Jonathan will be two years in office in addition to the over one year he spent to complete the tenure of late President Umar Musa Yaradua.

As is the norm, the President would address the nation on that day and give the performance score-card of his administration but pre-empting Jonathan, the CPC in a statement by its spokesman, Rotimi Fashakin said the current dispensation’s “performance score-card on the economy, security, education, youth employment, foreign relations and infrastructural development reveals overall dismal failure.”

According to a sector by sector analysis by the party, “on the Education sector, Nigerian students have recorded failure in Mathematics and English more than in any other time in the Nation’s history. In the 2013 appropriation Law, the allocation of N426.53billion to the sector takes only 8.67percent of the total budget of N4.92trillion, whereas the UNESCO recommended for the allocation of 26percent of the total budget to the sector which is very vital to national development. It is easily discernible why the Jonathan regime cannot point at brainy but indigent Nigerian that are on scholarship in Nigeria’s tertiary Institutions or abroad. Rather than ensuring proper funding for the Nation’s universities, the Jonathan regime preferred the vain-glorious political revelry of setting up nine new universities it had no desire to fund ab-initio!

“There is no gainsaying in re-stating the comatose state of the Nigerian economy under the political governance of Dr Good-luck Jonathan. With over 70% of the State’s budget spent in servicing over-bloated paraphernalia of government and accumulation of foreign debts to finance all the economically unsound fancies of the regime, it is a matter of time before the Nigerian economy plummets under the weight of gross incompetence and unpatriotic handling by the Jonathan administration.

“The infrastructural decay in the polity has undoubtedly ensured the closure of many industrial concerns and this has inexorably brought the youth unemployment to an all-time high of over 44%. As a Party, we are forced to believe that this may just be a deliberate policy of this administration as a way to continue to have tether-hold on the Youth to implement its program for electoral manipulations. Clearly, this administration seems unfazed by the portent of a burgeoning number of unemployed youth in terms of National security!

“As a Party, we are saddened by the insecurity in the Land. Ordinary citizens can no longer pursue unfettered happiness without fear of forced kidnapping, harassment and possibly, fatal injury. There is full-scale war going on in some parts of the Nation state as a result of politically festered hate which had been bred by the President’s hateful politics. In the run to the 2011 Presidential elections, an undiscerning observer would have been swayed by Dr Jonathan’s statement: “My ambition is not worth the blood of anybody.” Meanwhile, considerable number of the Nigerian youth was put on harm’s way to facilitate the ambition of Mr. President. But, truly, the divisiveness embedded in the President’s win-at-all-costs brand of politics has inevitably brought us to the sorry-pass of this indescribable conundrum of insecurity!

“In the last two years, the President’s brand of politics has brought deleterious effect to the political firmament of the Nation. Shortly after being sworn in as President, Dr Jonathan showed more interest in securing another mandate than in working assiduously for the Nigerian people who elected him. Posters of President’s electioneering campaigns for the 2015 elections have continued to adorn our cities, with hypocritical denials from government. It did not matter that no arrests have been made of the culprits!

“The President’s leadership of his Party, People’s Democratic Party (PDP), as a microcosm of his leadership of the Nation in the last two years, is worthy of note. The governors, elected on the platform of the PDP, who have shown aversion to Mr. President’s desire for re-election, have been treated with utter ruthlessness.

“A noxious desire to truncate Governor Rotimi Amaechi’s Chairmanship of the Nigeria Governor’s Forum (NGF) had seen the birthing of new platforms for PDP governors. The bilious discontent arising from the elections for the new chairman of the NGF bears the imprimatur of the Presidency.

“As a Party, we consider it unacceptable the precipitous governance of the Nation in the last two years. More galling is the priorities of Mr. President which, unfortunately, are at variance with the political and economic health of the Nation. This, undoubtedly, makes us –as citizens – to ask: Mr. President, do you still have a conscience? It seems that the President, for the self-centered reason of his re-election desire, is at the epicenter of most of the dire security challenges assailing our dear Nation. As our National leader once asserted, we believe it is time for the President to throw in the towel because he has ceased to serve the Nation but self!”