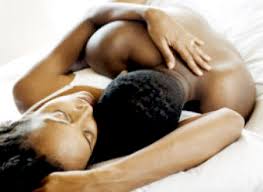 Sure, animal sèx is weird, but humans are part of that strange kingdom. Here are 10 Weird sèx Facts that prove we’re civilized here at the top of the food chain and yet still pretty freakin’ gross

1. During sweaty sèx, men ooze testosterone. And it’s actually a biological turn on for women!

2. There’s almost 500 different types of bacteria in your mouth. Almost 50% of them live on your tongue. So perhaps the French Kiss should be renamed the Twice As Dirty Kiss.

4. Turn up the heat, in every way. The hotter the room, the fiercer the ôrgasm. Vasocongestion, or the heat flush on your skin, is akin to blushing from sèx.

5. Your vágina is also a great swim coach. The pelvic spasms caused by an ôrgasm actually move spèrm up stream towards fertilizing your eggs.

6. Pops likes to get it on. Seventy-three-percent of 70-year-old men are still potent. Whoa, down boy!

9. You can go from zero to 60 fast! The fastest speed a sèxy sensation can travel from your va-jay-jay to your brain has been clocked at the Ferrari-fast speed of 156 mph.