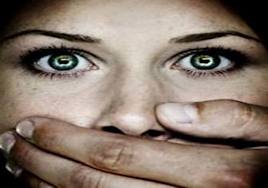 An 11-year-old girl, Chinecherem, from Uruagu Nnewi, Anambra State, who was allegedly molested by a 32-year-old son of her mistress is dead.Chinecherem, an orphan and the only surviving child of her parents, according to the source, was molested in the night by her mistress’s son on May 27, 2013 at Uruezi Egbema Ozubulu in Ekwusigo Local Government Area where she was serving as a maid.

Daily Sun was informed that on the night of the incident, the victim’s madam had travelled out leaving Chinecherem and her son to take care of the house.

“When Ifeanyi defiled her, she started bleeding in the morning. The boy disappeared after molesting Chinemerem and it was his father (Ifeanyi’s father) who discovered that something was wrong in the morning and took the little girl to a hospital, where she was crying in agony, touching her private part before she gave up on June 3, 2013,” the source said.

The source said that hospital authorities confirmed that there was a lot of semen deposited in her private part. The victim was said to have lived with the family for seven years and had taken her common entrance to enter junior secondary school before she met her death.

When contacted, the Police Public Relations Officer (PPRO) of the Anambra State Police Command, Awka, Mr. Emeka Chukwuemeka confirmed the incident and said investigation was still ongoing while the suspect is still at large.