Some stakeholders have contradicted the recent declaration by the Minister of Education, Prof. Ruqquatu Rufai, that there are only about 520,000 admission slots in the nation’s tertiary institutions. In a chat with Vanguard Learning, Dr. Andrews Jegede, the National President of the Association of Innovation and Vocational Institutions, opined that there are 103,000 more spaces available for students at Innovative Enterprise Institutions (IEIs).

What role do Innovation Enterprise Institutions play in the education sector?

They are private institutions that offer technical and professional education at post-basic and tertiary levels to the school leavers and working class. The aim is to meet the increasing demand for technical manpower of the various sectors of the economy and these institutions are to implement Federal Government’s concept of Public-Private Partnership in Technical and Vocational Education (TVET) and skill-focused education sector. Innovation institutions are meant to gradually increase intake until they absorb almost 50% of the admission seekers at post-secondary schools.

What are the features of innovative institutions?
They are products of the recent reform initiatives of the Federal Ministry of Education (FME) in the education sector. There are about 120 institutions approved by the FME and accredited by the National Board for Technical Education (NBTE),  and have been listed by the Joint Admissions and Matriculation Board since 2007. The curriculum is professional.

Some of the areas we cover are presently not covered by universities and polytechnics such as computer hardware engineering, software engineering, multimedia technology, oil and gas, information technology, creative arts, industrial welding, early childcare education, paralegal studies, computer networking and securities, film production and many more. The National Innovation Diploma (NID) is the certification approved by the FME for IEIs. It is the equivalent of the National Diploma, and it is equally four semesters of course work spanning over two years with Student Industrial Work Experience Scheme (SIWES).

The Minister for Education Prof. Ruqquayatu Rufai has approved that effective 2014, JAMB will list Innovation Institutions independent of others on JAMB registration template. Hence, candidates will have to choose eight schools. For the first time, TVET is now in the front burner of the education sector. In addition to that, this 2013/2014 academic session, other tertiary institutions have planned to admit 500,000 candidates, be sure that we innovative institutions will supplement that by additional 103,000 candidates.

Another advantage is that we are going to have a lot of candidates to contend with. Before now, people were not aware that there were spaces in innovative institutions. Instead of advertising from one place to the other, we pushed to get the policy right; and thankfully, we have done that. And by 2014, we plan to increase intake to 110,000 candidates by year 2015, and year 2016 intake into Innovative institutions should be 140,000 by 2015 until we reach 200,000 by year 2017.

Were the 103,000 spaces mentioned included in the figures given by the Education Minister?

No. This is because in times past, IEIs were not factored into the available carrying capacities in the country. There are spaces. The problem is that the general public is not aware of them. When you mention higher institution, the first thing that comes into anybody’s mind is the university. Some have forgotten that there are Colleges of Education and polytechnics. Many people are not even aware that there are new institutions to complement those efforts. People are not aware that there are innovative institutions. When government mentions the available spaces, they are referring to universities, polytechnics, colleges of education and they forget the private innovative institutions. 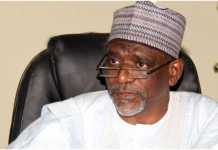