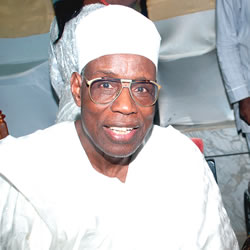 The Arewa Consultative Forum (ACF) yesterday denied a media report which said it had asked northern voters not to vote for President Goodluck Jonathan in 2015.

The ACF Chairman, Alhaji Aliko Mohammed, was quoted by a national daily during the Forum’s Annual General Meeting (AGM) in Kaduna asking northerners to vote out Mr. Jonathan in the 2015 general elections.

“This is because the Chairman is in the know of the trite that such approach to politics can divide the country along regional lines that contradicts what he stands for and promote a united, strong Nigeria that is socially diverse, economically empowered and politically active,” he said.