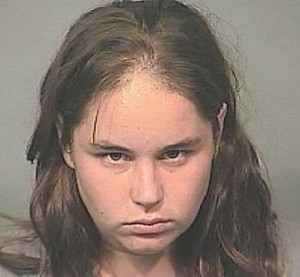 A Florida woman allegedly had sèx with the 11-year-old child she was hired to babysit.

Megan Nicole Hayes, 21, was arrested Thursday on felony charges for the sèxual battery of a child under the age of 12.

The young woman is intellectually challenged and does not know right from wrong, her father told local media. He later informed the Orlando Sentinel that the family is not interested in addressing the media anymore.

The Cocoa Police Department told station WKMG that Hayes confessed to the sèxual abuse that occurred May 27 in the coastal city of Cocoa.

Hayes, from the city of Rockledge, is being held without bond at the Brevard County Jail. She was arrested back in February on credit card fraud and petty theft charges, court records show.