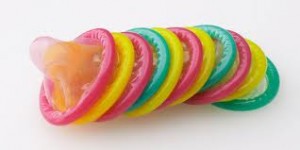 A total of 25,412 condoms have been distributed through strategically positioned condom dispensers and baskets in 26 outlets including brothels, hotels and other relaxation spots at various locations in the Federal Capital Territory, Abuja.

The development which came to light within six months of inception of an HIV transmission preventive advocacy measure introduced by the AIDS Healthcare Foundation, AHF, has a condom education and awareness aspect. Findings show that it is a conscious attempt to emphasize the importance of safe sex and in an attempt to bring condom closer to the people.

The FCT which has one of the highest HIV prevalence rates in Nigeria, was one of the sites selected for the initiative, primarily targeted at reducing HIV transmission through strategic response to barriers impeding access of Nigerians to condoms, using a core evidence based HIV prevention strategy.

The initiative is also focused on 50 outlets in Benue State, which has the highest HIV prevalence rate at 12.7 percent.

AHF – a global organisation that is providing cutting-edge medicine and advocacy to more than 200,000 patients in 28 countries is the largest provider of HIV/AIDS medical care in the U.S, with headquarters in Los Angeles.

In a statement, AHF Advocacy Manager, Ms. Oluwakemi Gbadamosi, remarked:  “AHF is extremely impressed with feedback coming from partners: hotel managements and individuals; at the various outlets, who have described this initiative as a significant step in the right direction towards the fight against HIV/AIDS in Nigeria while assuring us of their commitment and continuous support.”

To be sure, she said the effort is in line with internationally validated fact that effective condom use has helped reduce HIV transmission and encouraged safer sexual behaviour. “The positive impact of condom use to halving the rates of new HIV infections can be seen with successes recorded in countries like: Zimbabwe, Brazil etc.,”

Gbadamosi stated. Nigeria is credited as having one of the largest youth population in the world to imbibe safer sexual practices through condom use, as a key precautionary measures for decreasing the spread of HIV/AIDS in the country.