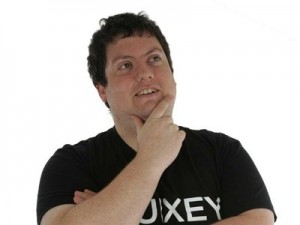 At the tender age of 29, Quixey cofounder Tomer Kagan is already an accomplished futurist.

That means that he envisions the future and works with scientists and others to make it come true.

He’s a board member of the Machine Intelligence Research Institute (formerly the Singularity Institute) and works with the National Science Foundation’s futurist project (known as Emerging Frontiers in Research and Innovation or EFRI).

Business Insider recently talked with Kagan to find out his predictions. We thought they were pretty amazing.

Kagan sees these kinds of changes coming to our lives:

Kagan’s work as a futurist led him to the idea for his startup, Quixey, a search engine for apps used by companies like Microsoft, Sprint, and Ask.com.

Before we can use all these new apps, we’ll need to find them. Quixey is focused on “functional search” he says. That means it can take “any request and find you the best app for that request.”

Fast forward 30 years and he sees his tech powering our lives. Everything from elevators to your oven will be operated by an app, a concept known as the Internet of Everything.

“It seems very sci-fi-ish, where you’re walking through the world interacting with millions of apps” maybe through a mobile device, a Google Glass or just by using gestures. “And as you walk by the world responds,” he says.

He’s certainly made believers out of some big names in the Valley. Quixey has raised $29 million to date from investors like super angel and interim Yahoo chairman Maynard Webb and Google chairman Eric Schmidt’s fund, Innovation Endeavors, among others.

He’s off to a notable start, too. Kagan says Quixey powers about 100 million app searches a month.