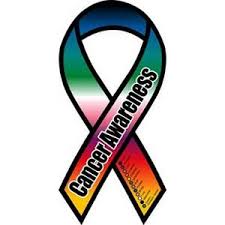 “You have cancer” are three words you never want to hear . . .

Unfortunately, over 5,000 people in North America do hear those words — every single day. Even worse, cancer has become the second leading cause of death for Americans.

And Dr. Brownstein does not shy away from the hard truth. Statistics demonstrate we are not winning the war on cancer. Far from it. In fact, cancer death rates have remained nearly unchanged over the last 80 years. Plus, traditional cancer treatments have been a dismal failure, particularly when the initial cancer returns — often with a vengeance.

Because the only big winner in the cancer treatment story to date has been the cancer industry’s multibillion-dollar profits, Dr. Brownstein has just released a complimentary video documentary revealing some of his startling findings.

In this video, you’ll discover five specific signs that you will be diagnosed with cancer during your lifetime.

• Seven simple but smart steps to prevent cancer from taking over your body . . .

• How to help your body naturally kill cancer cells . . .

• The little-known relationship between iodine and cancer . . .

According to Dr. Brownstein, nearly all of us have cancer cells in our bodies at various times during our lives. The trick is to avoid letting those cells multiply and overwhelm the body’s natural defenses.
The good news is that you and your loved ones do not need to become cancer victims. With the simple strategies revealed, you can take steps to prevent this deadly disease, or even reverse it.