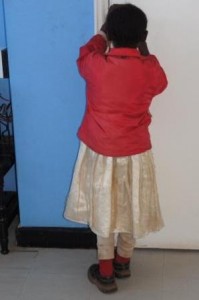 A 55-year-old headmaster of a private nursery and primary school in Akaba community, Yenagoa Local Government, Bayelsa State, Mr. Akpolagha Agbugiye, has been arraigned before the Chief Magistrate’s Court 1 in Yenagoa by the Bayelsa State Police Command, for defiling an eight-year-old pupil.

The headmaster was accused of inserting his finger into the private parts of the pupil.

The prosecuting lawyer, Roselyn Doctor, a police Inspector, told the court that the incident happened on May 3.

She said the headmaster committed the offence at the back of the school building.

According to her, the headmaster asked the pupil to touch the ground with her finger and raise her leg after which he removed her pants and inserted his finger into her private part.

“The posture he placed the girl was supposed to be a form of punishment called ‘pick a pin.’,” she said.

“The accused asked the classmate of the victim to call her. When the two girls met him at the back of the school building, he asked the other girl to leave.

“The headmaster then asked the pupil to pick pin, an order which the girl obeyed. At this point he pulled the girl’s pant and inserted his fingers into her private part.”

Doctor said the victim limped home and reported the incident to her mother who later took her to the Federal Medical Centre for examination, where a doctor confirmed that the girl had been defiled.

The police prosecutor told the presiding Magistrate, Patricia Edouyemiekumo, that the action was a criminal offence punishable under section 146(2) of the Criminal Code, Law of Bayelsa State, 2006.

The accused however pleaded not guilty to the charge, and was granted bail in the sum of N100,000 with two sureties residing in the state capital.

The case was adjourned till June 13.