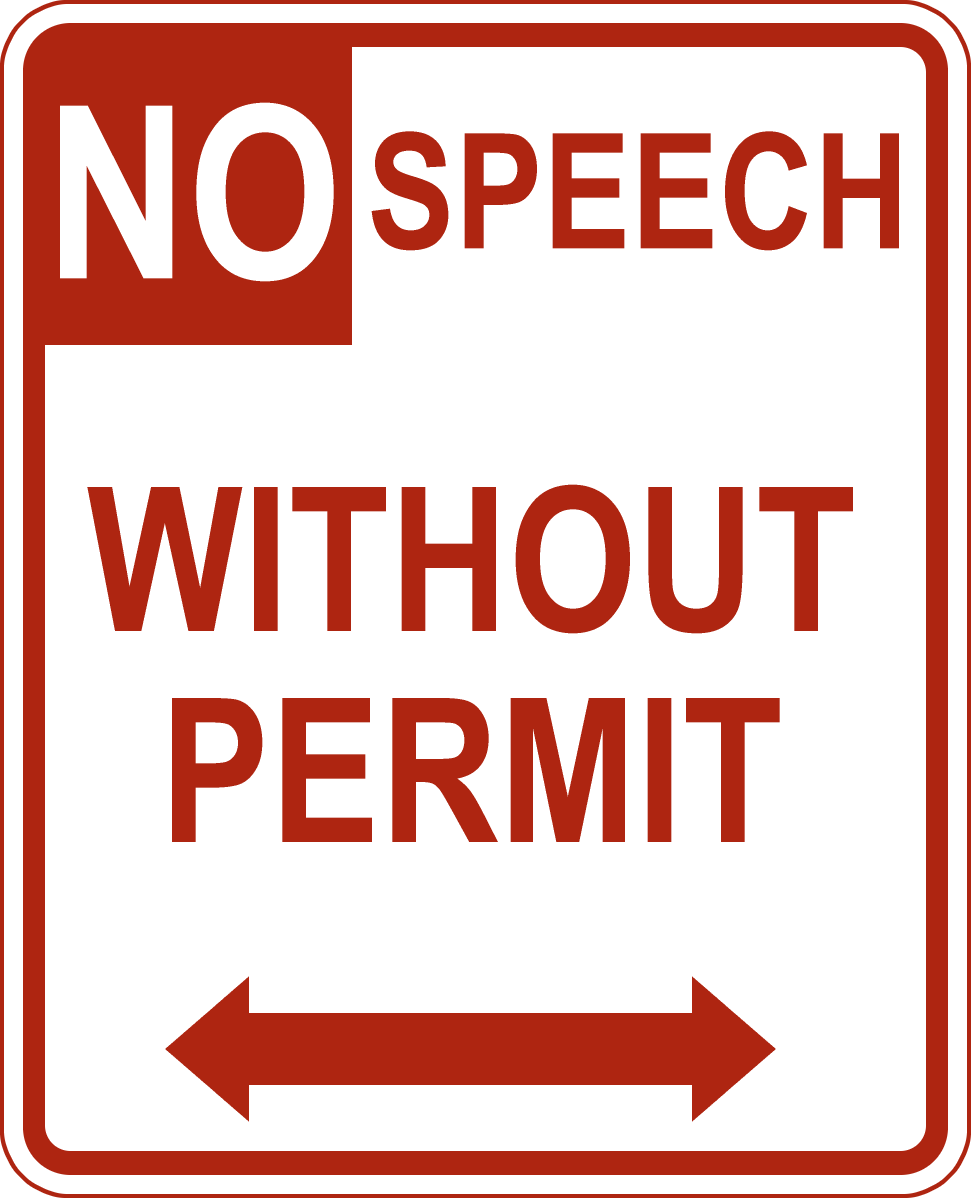 Titled ‘The Current Situation of the Ideological Front,’ the report urges cadres to stop universities and media organizations from talking about a wide range of political ideas. In fact, the banned topics cover a variety of subjects that have been openly discussed in Chinese universities and publications for years.

If implemented, the bans would deeply call into question the sincerity of General Secretary Xi Jinping’s self-styled image as a reformer.

Professors and activists blasted the so-called ‘7 speak-nots’ after Zhang Xuezhong of the East China University of Political Science and Law posted them on his website. Censors quickly deleted Zhang’s post and censored all discussion of the ‘7 speak-nots’ on social media.

The bans came amid a revival of hardliner attacks on constitutionalism in China, and the shutdown of blogs belonging to several popular, prominent writers. Last week, four blogs belonging to writer Murong Xuecun, including an account with 14 million followers, were shuttered, sending a chilling message to even mainstream critics of the government.

So, what are these deadly topics that could land you in trouble? Below, a guide to what’s banned, and what they reveal about the deepest fears of Beijing and the Communist Party.

The phrase “universal values” usually connotes something straightforwardly positive, if rarely achieved: freedom, equality, human rights. But to the CCP, it’s treated like a subversive threat. State-run media frequently blast universal values as a front to weaken China and maintain US power. “A glaring mistake of the West is the unilateral imposition of the so-called universal values on China for self-serving political, economic, and cultural purposes,” a China Daily editorial said in 2010.

The phrase is fairly new in Chinese political debates, dating back to around 2008, when liberal intellectuals such as Nobel laureate Liu Xiabao drafted “Charter 08,” a document calling for Beijing to uphold
“universal common values” and move toward democracy.

In keeping with its Leninist heritage, the CCP sees control of public discourse — particularly the media — as crucial to its hold on power. But the spread of social media has radically undermined Party control, and the press has begun to show more independence in speaking out.

In recent years crusading journalists at publications like Caixin and Southern Weekend have shown remarkable bravery and independence. Earlier this year, when Southern Weekend’s New Year’s editorial was re-written by propaganda officials, journalists went on strike in protest.

Now, even talking about the possibility of free spech is a no-no.

This banned topic seems particularly odd: what does the CCP have to fear from “civil society,” meaning community groups and non-governmental organizations? Well, from the Party’s perspective, any organization — whether a student association or a spiritual exercise group — that’s not controlled by the CCP is potentially a threat.

No surprise here. Given that the government regularly jails and relentlessly harrasses lawyers who defend the legal rights of petitioners, peasants and women forced to have abortions, there is no doubt that individual rights are a taboo subject.

“The historical errors of the Chinese Communist Party”

For years, the CCP has tried to enforce selective historical amnesia, teaching students about the suffering of China under Western colonial powers in the 19th century, but skimming over many of the country’s worst 20th century traumas, which were caused by CCP misrule: the Great Leap Forward, which killed up to 45 million; the Cultural Revolution, which ripped apart families and killed several million more; and the Tiananman Square Massacre, which left perhaps thousands of students dead in the capital, and set back political reform by a generation. Some believe that talking about these events would allow the wounds to heal; the Party thinks that suppression is the only option.

Over the last year, few things have infuriated Beijing as much as the Bloomberg and New York Times reports about the immense wealth amassed by China’s supposedly socialist leaders. The reason for this is obvious: the CCP justifies its rule by pointing to China’s incredible economic growth. If Chinese people begin to believe that Party officials and their friends have been pocketing too much of the profits, the CCP’s credibility frays. Beijing knows very well that social inequality is one of the gravest problems it now has to tackle, but it would prefer that talk of corruption stay out of the spotlight.

In China, some 99 percent of criminal cases brought to trial end in conviction. As with the media, the CCP sees the courts as an arm of its control. In 2007, a Chinese legal official said that “the power of the courts to adjudicate independently doesn’t mean at all independence from the Party. It is the opposite, the embodiment of a high degree of responsibility vis-à-vis Party undertakings.”

In fact, high-ranking Party officials accused of crimes often do not enter the civilian judicial system at all: they are dealt with by internal disciplinary committees called “shanggui.”

Nevertheless, judicial independence has become an important issue for many professors and intellectuals. Earlier this year, after Xi Jinping’s rise to power, law experts at the Beijing Institute of Technology released a report arguing that it “is not a matter of being capitalist or socialist, and socialism should not exclude judicial independence.”

At the time, Xi Jinping also supported such calls. Now, especially amid a state-media backlash against constitutionalism, it is not clear where he stands on reform.