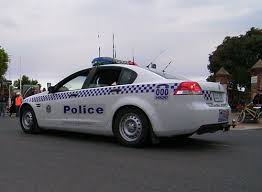 Police in the Australian state of Queensland stopped a car in the early hours of the morning to find a seven-year-old at the wheel.

Police have charged a drunk man after pulling over a car on Australia’s Gold Coast and allegedly finding a seven-year-old boy driving him home.

A patrol car stopped the vehicle after it went by at 3am without its headlights on, to find the boy at the wheel and the man in the passenger seat.

“A man has been charged with serious traffic offences after police intercepted a car allegedly being driven by a seven-year-old boy at Surfers Paradise in the early hours of this morning,” police said.

The 41-year-old was charged with dangerous operation of a motor vehicle and being an adult in charge under the influence of alcohol.

The boy is now in the care of relatives.

“I shake my head and am shocked by the madness of this,” Mr Emerson said.

“I have been out there nearly every day talking about our road toll, that it’s too high.”

“Children at that age don’t have the mental or physical capabilities to drive a car safely,” he said.

“It is a real concern to hear that children were being put in that position.”