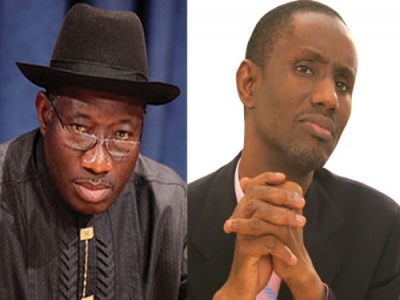 Pioneer Chairman of the Economic and Financial Crimes Commission, EFCC, Mallam Nuhu Ribadu, has reacted to the statement by the President’s Special Adviser on Media and Publicity, Dr Reuben Abati, which accused him (Ribadu) of being an ingrate for criticising the administration of President Goodluck Jonathan.

Ribadu said “Reuben Abati’s statement, typical of his increasingly desperate personality, has exposed him as a fraud of a presidential spokesman who does not have the simplest level of media literacy.”

Abati had described Ribadu as being blinded by ambition for criticising the Jonathan administration and describing it as “a sinking ship.”

Ribadu, who was the presidential candidate of the Action Congress of Nigeria, ACN, in the 2011 elections, had criticised the present administration as tyrannical while addressing students of the Ahmadu Bello University, Zaria, on Saturday.

In his reaction, the Presidential spokesman recalled Ribadu’s time at the helm of affairs of the EFCC which he said was characterised by lawlessness, a claim the opposition leader described as “falsehood.”

“It is unfortunate that he (Mr. Abati) stands on crooked crutches of rehashed falsehoods fabricated by corrupt politicians prosecuted by Mallam Nuhu Ribadu, in his desperate attempt to hold on to his job,” the former anti-corruption czar said in a statement sent to the media by his aides.

“His conjectured statement is a sad commentary on the type of people we have in the helms of our affairs: even with the resources at his disposal, Abati could not conduct a little research to save himself from embarrassment before he set out barking.”

“It is a huge gaffe for Abati to charge Ribadu of ingratitude as the latter has more valid stand to make similar accusation having been betrayed after his selfless service to the nation in the Petroleum Revenue Task Force committee.

“The question of who is ethically challenged, however, is left for Nigerians to answer.

“This too shall pass,” Mr. Ribadu said in the statement.