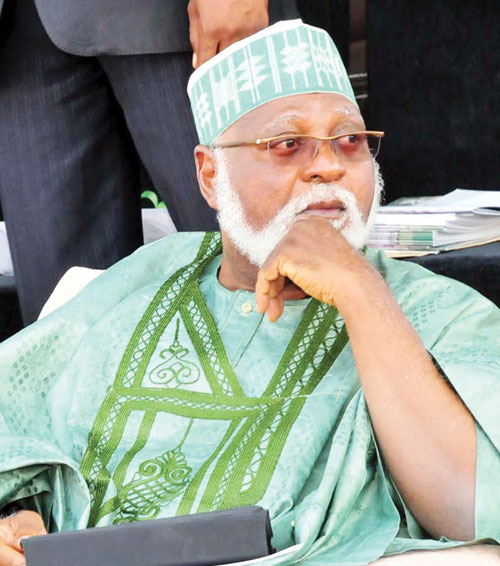 Former head of state Gen. Abdulsalami Abubakar (rtd) has called for a more united Northern States Governors’ Forum (NSGF), stressing the need for the northern governors to bury the hatchet and forgo their differences in the interest of the region.

The NSGF, which was once united and spoke with a common voice, began to have cracks in its walls following the failure of Plateau State governor Jonah Jang to emerge winner of the Nigeria Governors’ Forum (NGF) elections despite his endorsement as the consensus candidate of the NSGF which has a block vote of 19.

But to their dismay, Jang lost the contest to the Rivers State governor Rotimi Amaechi by 16 to 19 votes; a development which forced Isa Yuguda of Bauchi and Gabriel Suswam of Benue to pass a vote of no confidence in the leadership of the Forum citing betrayal and dishonesty on the part of some of its members.

Abdulsalami had reportedly used the occasion of the wedding ceremony of the son of former vice president Atiku Abubakar and the daughter of former Bauchi State governor Ahmed Mua’zu in Bauchi to make the peace moves.

It was gathered that during the ceremony, Abdulsalami reportedly called Yuguda and Babangida Aliyu aside and urged them to put the interest of the region over and above individual differences.