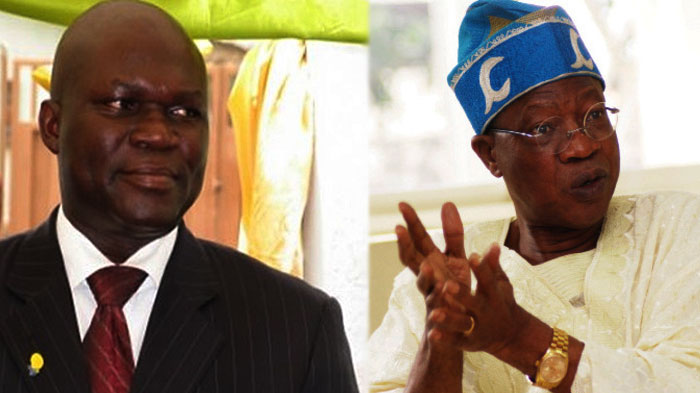 The Action Congress of Nigeria (ACN) has frowned at the increasing use of foul language by presidential spokesman Reuben Abati in response to critics of the Jonathan Administration, saying such crude verbal attacks may backfire on the presidency if left unchecked.

In a statement,Thursday, by its National Publicity Secretary, Alhaji Lai Mohammed, the ACN said there is a difference between a vicious verbal attack, which Abati now engages in with relish, and a robust response to critics of the Administration, which is what is expected of him.

“Contrary to what Dr. Abati may think, ‘attack’ and ‘criticism’ are not synonymous. An effective presidential spokesman is not the one who employs gutter language to respond to critics of his principal, or one who makes more enemies than friends for his boss, but one who is able to convey the activities and achievements of the president to the citizenry with dignified language.

“By virtue of what is believed to be his sound education, professional training and exposure, Dr. Abati should be well placed to know how to tell a man to go to hell and the man will still be smiling!

“To be sure, the use of dignified language by a presidential spokesman is important because whatever he says is believed to have emanated from his principal. It is therefore unimaginable that President Goodluck Jonathan will resort to the use of the kind of language that has been spewing out of the mouth of his spokesman in recent times. To the best of our knowledge, no presidential spokesman in Nigeria’s history has employed such base language in defence of his principal,” it said.

ACN said the use of such words as ‘ethically-challenged’, ‘hypocrite’, ‘medieval-era ignoramus’, ‘habitual indolence and brainlessness’, ‘descent into moral abyss’, ‘mental indolence’, ‘bootlicking’, ‘hideous and second-rate characters’, and ‘foolish’ to describe critics of the President is not only rude, crude, uncouth, unconscionable but uncalled for, warning that those who live in glass houses shouldn’t throw stones.

“Dr. Abati, while you are free to exhibit your bombastic prowess, the rarefied realm of the presidency is not the ideal place for that, because when those who are being assaulted with such words respond in kind, it debases the presidency and ultimately hurts the occupier of the office. In a truly global world, such unrestrained response to critics of the presidency also hurts not just the President but the image of the entire country.

“Even if some critics use words that Dr. Abati finds annoying and insulting or engage in criticism that he deems unfair, it is still incumbent on him to avoid responding in kind, simply because he is not speaking for himself but for an institution. It is therefore not enough defence for him to say that he is responding in kind to critics of his boss.

“May we also remind the presidential spokesman that there will be life after that office, and that he should remember that in an era where the power of the written word has assumed more potency for various reasons, it is important to be more circumspect in tongue-lashing critics of the President.

“We will like to advise and encourage the presidential spokesman to learn to use facts and figures to counter whatever he considers an unfavourable criticism of his principal, instead of subsuming such under verbal pugilistic,” ACN said.