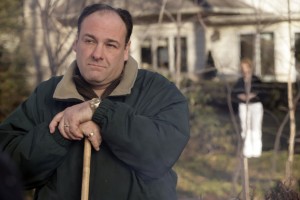 James Gandolfini’s Tony Soprano, the lumbering, brutish mob boss with the tortured psyche, will endure as one of TV’s indelible characters.

But his portrayal of criminal Tony Soprano in HBO’s landmark drama series “The Sopranos” was just one facet of an actor who created a rich legacy of film and stage work in a life cut short.

Gandolfini, 51, who died Wednesday while vacationing in Rome, refused to be bound by his star-making role in the HBO series that brought him three Emmy Awards during its six-season run.

“He was a genius,” said “Sopranos” creator David Chase. “Anyone who saw him even in the smallest of his performances knows that. He is one of the greatest actors of this or any time. A great deal of that genius resided in those sad eyes.”

Dr. Claudio Modini, head of the emergency room at the Policlinic Umberto I hospital in Rome, said Gandolfini arrived at the hospital at 10:20 p.m. (2020 GMT, 4:20 p.m. EDT) Wednesday and was pronounced dead at 11 p.m. after resuscitation efforts in the ambulance and hospital failed.

Modini told The Associated Press that an autopsy would be performed starting 24 hours after the death, as required by law.

Organizers of the Taormina Film Festival in Sicily were scrambling to put together a tribute to Gandolfini, who had been expected to attend the festival’s closing ceremony this weekend and receive an award. Organizers Mario Sesti and Tiziana Rocca said Gandolfini will instead be honored with a tribute “remembering his career and talent.”

Sesti and Rocca said they had spoken to Gandolfini hours before his death “and he was very happy to receive this prize and be able to travel to Italy.”

Joe Gannascoli, who played Vito Spatafore on the drama series, said he was shocked and heartbroken.

“Fifty-one and leaves a kid — he was newly married. His son is fatherless now. … It’s way too young,” Gannascoli said.

Gandolfini and his wife, Deborah, who were married in 2008, have a daughter, Liliana, born last year, HBO said. The actor and his former wife, Marcy, have a teenage son, Michael.

Gandolfini’s performance in “The Sopranos” was his ticket to fame, but he evaded being stereotyped as a mobster after the drama’s breathtaking blackout ending in 2007.

In a December 2012 interview with The Associated Press, he was upbeat about the work he was getting post-Tony Soprano.

“I’m much more comfortable doing smaller things,” Gandolfini said then. “I like them. I like the way they’re shot; they’re shot quickly. It’s all about the scripts — that’s what it is — and I’m getting some interesting little scripts.”

He played Defense Secretary Leon Panetta in Kathryn Bigelow’s Osama bin Laden hunt docudrama “Zero Dark Thirty.” He worked with Chase for the ’60s period drama “Not Fade Away,” in which he played the old-school father of a wannabe rocker. And in Andrew Dominick’s crime flick “Killing Them Softly,” he played an aged, washed-up hit man.

On Broadway, he garnered a best-actor Tony Award nomination for 2009’s “God of Carnage.”

Deploying his unsought clout as a star, Gandolfini produced a pair of documentaries for HBO focused on a cause he held dear: veterans affairs.

He was mourned online in a flood of celebrity comments. “The great James Gandolfini passed away today. Only 51. I can’t believe it,” Bette Midler posted on her Twitter account.

His final projects included the film “Animal Rescue,” directed by Michael R. Roskam and written by Dennis Lehane, which has been shot and is expected to be released next year. He also had agreed to star in a seven-part limited series for HBO, “Criminal Justice,” based on a BBC show. He had shot a pilot for an early iteration of the project.

While Tony Soprano was a larger-than-life figure, Gandolfini was exceptionally modest and obsessive — he described himself as “a 260-pound Woody Allen.”

In past interviews, his cast mates had far more glowing descriptions to offer.

“I had the greatest sparring partner in the world, I had Muhammad Ali,” said Lorraine Bracco, who, as Tony’s psychiatrist Dr. Melfi, went one-on-one with Gandolfini in their penetrating therapy scenes. “He cares what he does, and does it extremely well.”

Gandolfini grew up in Park Ridge in New Jersey, the son of a building maintenance chief at a Catholic school and a high school lunch lady.

After earning a degree in communications from Rutgers University, Gandolfini moved to New York, where he worked as a bartender, bouncer and nightclub manager. When he was 25, he joined a friend of a friend in an acting class.

Gandolfini’s first big break was a Broadway production of “A Streetcar Named Desire” where he played Steve, one of Stanley Kowalski’s poker buddies. His film debut was in Sidney Lumet’s “A Stranger Among Us” (1992).

Director Tony Scott, who killed himself in August 2012, had praised Gandolfini’s talent for fusing violence with charisma — which he would perfect in Tony Soprano.

Gandolfini played a tough guy in Scott’s 1993 film “True Romance,” who beat Patricia Arquette’s character to a pulp while offering such jarring, flirtatious banter as, “You got a lot of heart, kid.”

Scott called Gandolfini “a unique combination of charming and dangerous.”

In his 2012 AP interview, Gandolfini said he gravitated to acting as a release, a way to get rid of anger. “I don’t know what exactly I was angry about,” he said.