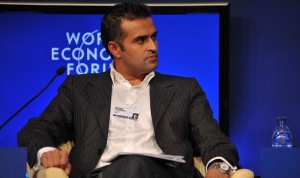 Calabar, the Cross River State capital is booming with foreign investment as Africa’s youngest billionaire, Ashish J. Thakkar has made known his intention to invest in the beautiful city following a recent General Electric groundbreaking ceremony in the city, as the company is also set to invest billions in the country’s economy from Calabar.

Thakkar, who is president, Mara Group made his intention known while delivering a key note address at the 2013 edition of the Africa CEO Roundtable and Conference on Corporate Sustainability and Responsibility (AR-CSR) at Tinapa Business and Leisure Resort, Calabar.

According to the Ugandan, the decision to establish his presence in Calabar was based on what he has seen and heard of Cross River, which remains a veritable place to invest.

He explained that his investment in the state will be part of his effort to encourage young entrepreneurs to improve their capacity.

The billionaire with a personal net worth of around $260 million said he was prepared to bring his wealth of experience to develop Nigeria, adding that “it is only when you give that you can have more, especially when giving to a group or society”

Thakkar said he professes Nigeria as the best country anywhere he goes, and Cross River has further convinced him about that because of its available human and natural resources couple with the conducive economic environment put in place by government to attract investments and investors.