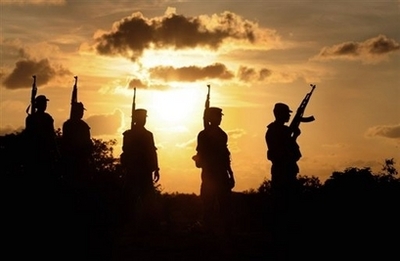 The attack, which came four days after a similar one on three villages in the area, was said to have occurred at about 6 a.m. on Thursday.

A resident of Kwasakwasa, located about 70 kilometres from Birnin Gwari, Isa Jatau, told the News Agency of Nigeria in a telephone interview in Kaduna that four vehicles belonging to security personnel were also burnt.

He said several other villagers and security men were injured, but added that the bravery of soldiers and other security officers helped to fend off the attackers.

The Secretary of the the local government, Zubairu Zakariya, confirmed the attack on the village but said details on the casualty was being compiled.

He said that the chairman of the council, Idris Alhassan, had helped to convey the victims of the attack to Birnin Gwari General Hospital.

The Police Commissioner in the state, Olufemi Adenaike, said that he was awaiting details on the incident.

The thick forest in the area which stretches to parts of Zamfara, Katsina, Niger, and the Southern part of the country has been used as cover by armed gangs for some time.

Last Saturday’s attack had left seven people dead, while 24 villagers were killed in a similar attack on a mosque at Dogon Dawa Village in October last year.