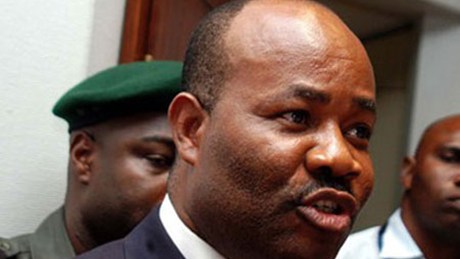 The governor had earlier threatened to take legal action against the workers over acts of terrorism for allegedly causing total black-out at the airport which almost caused an air disaster on Saturday.

Last weekend, it was learnt that protests by staff to drive home demand for improved welfare package, led to a black-out, a development which forced an Arik airline plane with over 100 passengers and was about to land at the airport, to divert to Lagos.

Speaking during a meeting with the striking workers Monday, Akpabio said his intention was to order the arrest of all airport workers and charge them to court for acts of terrorism.

“I was very furious when I learnt that Arik plane which was about to land had to divert to Lagos because the airport was in darkness as a result of the strike, but security reports indicated otherwise. My intention was to order for your arrest and charge you for terrorism for almost causing the death of over 100 passengers, but I have dropped the charged”, the governor said.

He said the Ibom airport was initially conceived as Maintenance Repair and Overhaul (MRO) not a passenger airport, adding that plans by the Federal Government to take-over the airport led to the neglect of staff welfare.

Consequently, he announced the constitution of two committees to review the condition of service of workers and streamline appointments just as he placed embargo on further employment of staff.

Akpabio said the staff as presently constituted were too large hinting that some would have to be redeployed to other agencies for operational efficiency.