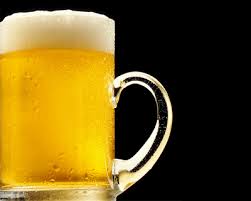 Authorities say a burglar’s decision to knock back a couple of beers during a break-in at an upstate New York home led to his arrest.

Onondaga (ahn-uhn-DAH’-gah) County prosecutors tell The Post-Standard of Syracuse  that 29-year-old Moses Wilson was stealing copper piping from a vacant rental home in Syracuse in early February when he found an unopened case of beer in the basement.

Officials say he drank some of the beer during the burglary. Prosecutors say police were able to match Wilson’s DNA to DNA found on the cans.

Wilson was arraigned Tuesday in Onondaga County Court on charges of burglary and petit larceny. He is being held in jail on $10,000 bail. It couldn’t immediately be determined if he had a lawyer.