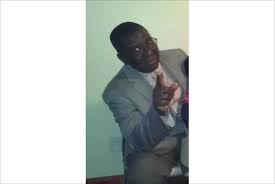 Less than two weeks after a Nigeria cab driver was shot dead in Washington DC (if you missed it, read itHERE) another one has been killed…this time in New York.

54 year old Orji Ama Uro from Ekoli Edda, Ebonyi State, was brutally stabbed in the eye with an umbrella after dropping off two people, a man and a woman, in Brooklyn around 5pm on Thursday June 13th. The point of the umbrella pierced Ama Uro’s brain, killing him.

Eye witnesses told police that the man and woman came down from the cab on Thomas S. Boyland St. in Brownsville and immediately started arguing with the cab driver. The man, believed to be in his 20s, then stabbed Uro in the right eye with an umbrella, piercing his brain. Continue… 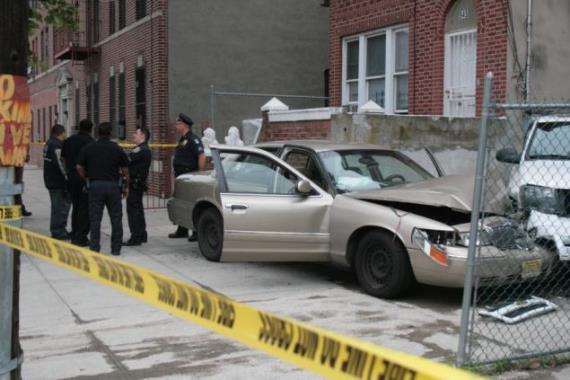 Uro lost control of his vehicle, drove onto the sidewalk, and crashed into two parked vehicles. (pictured above). He managed to get out of his car then collapsed. He was rushed to a nearby hospital where he was pronounced dead.

His killer and his companion are yet to be arrested, though a $5,000 reward has been offered for any information leading to the suspects’ arrest.

Uro was not robbed as his wallet and cellphone were found in his cab.
He relocated to the US 10 years ago and recently brought his children to the US to live with him. (Two of his daughters pictured with him above). His wife lives in Aba, Abia state.
Horrible way to die. May his soul rest in peace…amen.