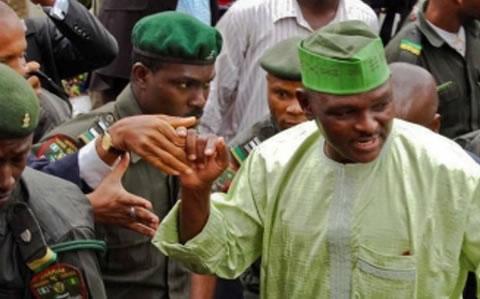 The Court of Appeal, Lagos, on Monday reserved judgment in an appeal filed by Major Hamza Al-Mustapha and Lateef Shofolahan, challenging a death sentence handed them by a Lagos High Court.

Al-Mustapha, a former Chief Security Officer to the late Gen. Sanni Abacha, and Shofolahan, an aide to the late Alhaja Kudirat Abiola, were sentenced to death on Jan. 30, 2012.

Kudirat was a wife to the late Chief M.K.O. Abiola, the presumed winner of the annulled June 12, 1993, presidential election.

Justice Mojisola Dada of a Lagos High Court convicted the duo of involvement in the murder of Kudirat.

The lead judge of the Court of Appeal, Justice Amina Augie, reserved judgment, after counsel to both the appellants and respondent had adopted their written briefs.

Mr Joseph Daudu (SAN), counsel to Al-Mustapha, while adopting his address, urged the court to allow the appeal and set aside the judgment of the lower court.

Daudu argued that the trial court erred in law to have based its judgment on the testimonies of Sgt. Barnabas Jabila (Sgt Rogers), PW1; and PW 2, Mohammed Abdul (Katako), which were contradictory.

“The testimonies of PW1 and PW 2 were inconclusive and contradictory.

“The court drew inferences from these contradictory statements, to establish the guilt of the appellants.

“It is my submission that those inference upon which the court based its judgment, are merely political evidence formulated by the respondent, and which the trial court ought not to have considered.

“I, therefore, urge the court to allow this appeal, and quash the judgment of the lower court,” Daudu submitted.

Mr Olalekan Ojo, counsel to Shofolahan, also aligned with the submission of Daudu.

In his response, counsel to the respondent, Mr Lawal Pedro (SAN) urged the court to dismiss the appeal and uphold the judgment of the lower court.

Pedro argued that apart from the evidence of Jabila and Abdul, there were other evidence from the defendants themselves, which supported the counts of conspiracy and murder.

He, therefore, urged the court to dismiss the appeal for lack of merit.

Augie, thereafter reserved judgment to a date that will be communicated to the parties. (NAN)