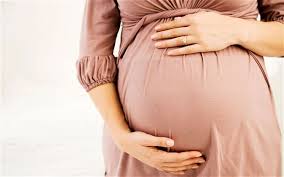 You should quit smoking anyway, of course, but pregnancy makes the issue even more important, due to serious smoking risks than not only hurt you, but your baby.

But, this is only the beginning…

Babies born to smoking pregnant women are on average 200 grams lighter than babies born to non-smoking mothers because of the reduction of placental blood flow that results in a reduction in the nutrient level reaching the foetus. Fetal miscarriage has been found to be higher in such smoking women. Maternal smoking also induces preterm births.

Breastfeeding women who smoke have been found to have lower levels of prolactin, which is essential for the breastfeeding and thus, causes reduced breastfeed. Smoking in pregnancy seems to have an adverse on the physical growth and intellectual development of the child associated with a reduced height and intellectual attainments.

Evidence shows that smoking interferes with a woman’s hormonal balance during pregnancy and has long-term consequences on the reproductive organs of her children.

The lesson? Pregnant women should quit smoking for a healthy baby…and for their own health as well.