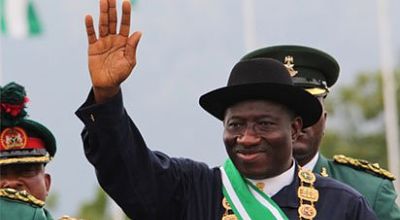 The Arewa Consultative Forum (ACF) weekend kicked against the proposal by Chairman of the Board of Trustees (BoT) of Peoples Democratic Party (PDP) Chief Tony Anenih, which sought to give President Goodluck Jonathan automatic ticket come 2015.

Anenih had while speaking during a PDP family dinner held at the Banquet Hall of the Presidential Villa on Thursday in Abuja, canvassed for automatic ticket for Jonathan and PDP governors.

But in a swift reaction, ACF said the proposal is undemocratic.

The Forum in a statement by its National Publicity Secretary, Mr. Anthony Sani, said the proposal by Anenih was clearly against the provisions of the Electoral Act on internal democracy within political parties.

The statement reads in part: “The Electoral Act does not allow candidates by consensus. And that is why even if the candidate is only one; there must be yes or no votes by the delegates. More distressing is the reason given by the BOT chair that such practice would do away with bickering and rancour that come with primaries. What happens when president and governors finish their terms? Will there be primaries for the new comers or not?

“Perhaps, it is this mindset that has brought about the avoidable controversy about the elections of the Chairman of the Nigerian Governors Forum in which a faction is putting more premium on prior endorsement than on actual votes cast, as well as saying Governor Amaechi did not step down as Chairman before the elections, as if incumbents step down in Nigeria before elections.

“ACF has always maintained that democracy may differ in forms. But when it comes to its three elements of liberty, justice and common decency, democracy is the same. So those who seek to redefine the three elements of democracy can as well reinvent the wheel and redefine evil. The ruling PDP controlled government together with our state governors cannot feign ignorance of the fact that their mandate includes providing order and direction for our democracy to grow and mature. Failure to do this will be counted against their leadership,” the Forum said.