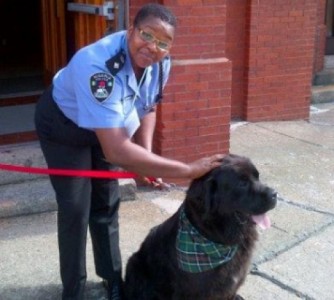 Mr Austin Osakue, the Executive Director of Foundation for Good Governance and Social Change, has claimed that the autopsy report on the killing of Ibrahim Momodu revealed that “three gunshots went into the late Ibrahim through the back, tore the heart and exited through the chest.”

Ibrahim Momodu, a final year student of University of Benin, was allegedly shot by the Divisional Police Officer of Ogida police station, Mrs Carol Afebgai and buried before anyone could raise eyebrows as to the deceased’s whereabout.

Osakue, who was a guest on Channels Television breakfast programme – Sunrise Daily, disclosed that the DPO (Carol Afebgai) was on tape where she alluded to shooting the deceased in self-defense as he attempted to shoot at a policeman.

According to Mr Osakue, “the DPO”s statement saying he (Ibrahim) was shot in self-defense and the autopsy report, shows that the DPO is lying.”

The civil rights activist raised the alarm on a purported move by the police authorities to shift the blame of the alleged murder from the DPO to her orderly.

“There has been an attempt to shift burden of prove from the DPO to Corporal Amadi – an aide to the DPO and he is presently in detention” Osakue stated, while noting that the DPO has been redeployed.

He described the redeployment of the DPO as “an attempt to give a lead way to escape for the DPO.

In his words: “If we have on tape, a woman who confesses to have shot another on self defense, redeployment is not the issue but complete suspension from the proceedings, she is still in position to influence whatever proceedings there may be.”