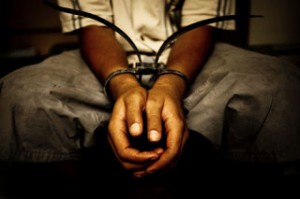 An Operations Manager with a first generation bank in Agbor, Delta State has been arrested by the police for allegedly conniving with an armed robbery gang that raided the bank, weekend.

The gang had in a commando style operation, succeeded in carting away millions of naira in both local and foreign currencies on Friday, while some bank customers and passers-by were wounded in the process.

Delta State Police command’s spokesman, Mr. Lucky Uyabeme, said that “the arrested Operations Manager of the bank is helping the police in its investigation. The command will not leave any stone unturned in ensuring that all the hoodlums involved are brought to book.

“Preliminary investigation revealed an insider connection in the bank robbery as the two keys to the strong room that were supposed to be kept by two different senior staff were left with the Operations Manager, who in turn left the strong room open.

“The four bullet proof doors were not tampered with. One of the senior staff of the bank who was supposed to be with one of the keys to the strong room purported to be sick, handed over the keys to the Operations Manager,” Uyabeme  said.