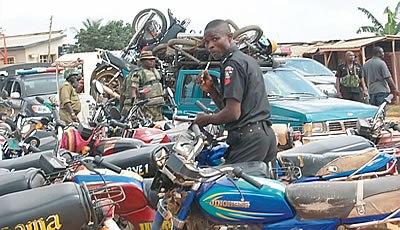 According to him, “It was a very painful decision for Mr. Governor. The clamour has been on for quite some time now, but with recent happenings in some other states of the federation, where okadas were banned, the effect of those happenings was now beginning to be felt here in Edo State. The influx of those persons now into Edo state increased crime and criminality.”

The deputy governor, who further explained that Governor Oshiomhole had to take the decision in light of security challenges in the state, however, assured that the palliatives being proffered by government in collaboration with the leadership of the okada union would ameliorate the pains of genuine okada operators.

“Security reports every day indicate that people use okada to perpetrate crime every day. A decision now has to be made. The governor has since met with the leadership of okada riders and I am aware that palliatives will be delivered in the shortest possible time. It was a painful decision to be taken but part of the responsibility of leadership is to take, sometimes, very difficult decision, provided that decision is in the interest of the vast majority of the people” Odubu noted.