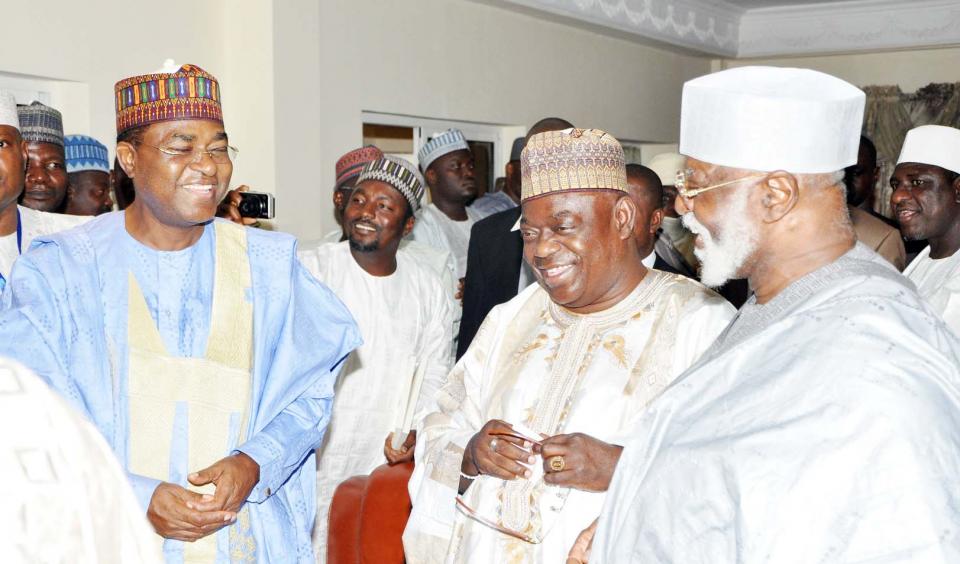 The marriage contract was sealed at the palace of the Emir of Bauchi, Rulwanu Suleiman, after the payment of N1million and a flashy car as bride price by the groom.

The Chief Imam of Bauchi Central mosque, Bala Baba-inna, who presided over the religious aspect of the ceremony, urged the couple to have the fear of God and live in peace. He warned them against betraying each other as they would account for their deeds in the hereafter.

The ceremony was attended by prominent personalities, among them, business mogul, Aliko Dangote; former Head of State, Abdusalami Abubakar; as well as Governor Ibrahim Dankwambo of Gombe State; and Governor Babangida Aliyu of Niger.

Meanwhile, the father of the bride, Mr. Muazu, stole the show at the ceremony as he was literarily “mobbed” by his supporters while he walked to the venue of the marriage.

All roads leading to the Emir of Bauchi’s palace were closed to traffic for security reasons, forcing some dignitaries, including Mr. Muazu, to walk some distance to the venue.

As he disembarked from his vehicle, the crowd, made up of mostly youths, started showering praises on him but were stopped by security men from getting close to him.

The former governor responded by waiving his hand to the crowd as he walked to the venue.