The 51-year-old amateur goalkeeper, Duško Krtalica, was in goal for his suburban team when he complained that his head was hurting. His headache appeared to be from a 9mm bullet stuck in his skull. 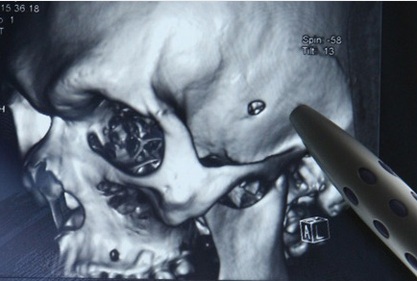 According to the report, he played the entire 90-minute fixture and only allowed one goal.

At some point, he began to complain about far more severe symptoms. Bailey writes that Krtalica “complained of a stiff arm and had difficulty speaking. He was driven to a local hospital, where doctors were shocked to see that a 9mm bullet was clearly lodged in his skull.”

Krtalica was immediately transferred to the department of neurosurgery and the bullet was removed. A hospital spokesman said the operation was a success and he is now in a stable condition.

This bizarre story raises so many questions. How could someone not notice a bullet entering their skull? How could that person feel well enough to play 90 minutes of football with such an injury? And who would shoot a 51-year-old man in an amateur tournament?

Only the latter question has an answer, after local police combed the area to discover that there were three weddings in Boljakov Potok that day. During at least one of those weddings, someone thought it would be a good idea to celebrate by firing off their handgun, and one of the stray bullets managed to find its way from the ether into the unfortunate keeper’s cranium.

According to Dnevni Avaz, a 42-year-old local named Seyne Ligata was subsequently arrested and his pistol was seized. A further 12 shells were found near the football field, suggesting it was very lucky that no one else was injured.

And now he has a story that people will never believe, until he shows off that scar.