Boy, 13, Charged With Murder Over ‘WWE-Style’ Wrestling With Girl, 5 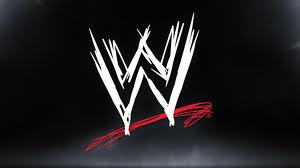 A 13-year-old boy has been charged with murder over the death of his five-year-old half-sister after he told investigators in New Orleans that he repeatedly struck her with wrestling moves imitated from TV.

“The boy said he started to wrestle with the victim and practised WWE [World Wrestling Entertainment]-style wrestling moves on the five-year-old,” said Colonel John Fortunato of the Jefferson parish sheriff’s office.

The moves allegedly included slamming the girl on a bed, punching her in the stomach, jumping on her and striking her with his elbow. A coroner’s investigation found the girl died of multiple internal injuries.

The boy had been left to babysit the girl by his stepmother when the alleged attack occurred, authorities said. The girl then complained of a stomach ache, stopped breathing, and the boy called the emergency services.

Paramedics could not revive her and she was pronounced dead at a hospital.

The boy was taken to a youth detention centre, interviewed and charged with second-degree murder, police said.

A detective said the boy told him he knew the wrestling moves on TV were fake but he was smiling and appeared to enjoy talking about them.

“The 13-year-old continued by saying the victim complained that she was hurting but he continued to slam, punch and elbow her for an additional two or three minutes, stopping when his mother called him on the phone to check on him and the victim,” sheriff’s officials said.

WWE offered condolences to the victim’s family but said the death could not be attributed to its industry but rather to “criminal intent and parental neglect”.

“Authorities have already charged the accused with second-degree murder and determined that this was not an accidental death due to a wrestling move,” the organisation said.