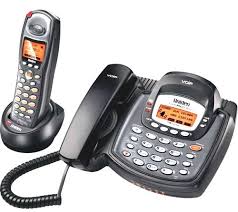 Family members said a 75-year-old New York woman fought off a pair of attempted home invaders by whacking them with her house phone.

The family said the men attempted to force themselves into the Queens home of Margaret Mazzio, 75, around 1:30 p.m. Monday, the New York Post reported Tuesday.

Robyn Mazzio, the woman’s daughter-in-law, said one of the men “started coming inside the house, and my mother-in-law laid into him with her house phone. She swung and hit him right in the head.”

“Then he lunged in at her like he was going to attack her, and my sister-in-law grabbed him by the arms and threw him out the door,” she said.

The men, who neighbors said may have been the same suspicious men recently seen walking up and down the street in FedEx vests, fled empty-handed.