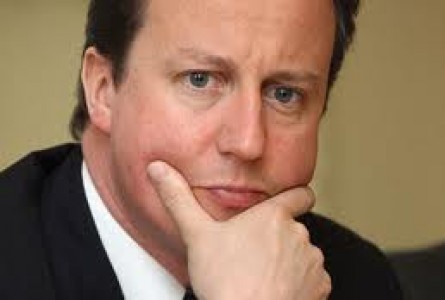 Britain might consider cutting off aid to Nigeria over same sex marriage bill passed by the House
of Representatives on Thursday.  The Senate had passed its own version in November 2011.

The Senate President, David Mark had during the week at a dinner organized in his honour by the Nigerian community in Prague, Czech Republic, said the National Assembly would not reverse itself on the bill prohibiting same-sex marriage in Nigeria just as he added “The law is not designed to infringe on the human rights of Nigerians in any way.”

But reacting to the passage of the bill by both chambers of the National Assembly, British Prime Minister, David Cameron, on Friday while speaking on a British Broadcasting Corporation programme monitored in Lagos, said he would take up the issue with President Goodluck Jonathan soon.

Cameron said he would restate his government’s strong objection to the passage of the bill.

The prime minister was reacting to a question by a Nigerian resident in London, Bisi.

“When we meet with Nigerian politicians and leaders, we will be clear about those things we agreed on. We have to be clear where we disagree. We will make clear where we stand on those issues,” he said.

When pressed further on whether Britain would consider stopping a projected 50 per cent increase in aid to Nigeria or cutting it outright, Cameron said, “Nothing is off the table. We need to have these conversations. We also have some very important objectives with Nigerians, for instance on how to deal with the appalling rates of poverty in Northern Nigeria, which are part of the problems confronting the country.”

Britain, alongside some other western nations had previously expressed opposition to the bill with Cameron threatening to cut off aid to countries which ban lesbians, gay, transsexuals and bisexuals (LGTB).